4 min read
11-2-2021
Brisbane could soon have more towers emerging on its skyline as developers move on new projects. Photo: Shutterstock

Market fundamentals are aligning to entice investors into the Brisbane apartments market, with concerns of oversupply in certain areas dissipating, prompting developers to position themselves for an expected uptick in demand.

Market fundamentals are aligning to entice investors into the Brisbane apartments market, with concerns of oversupply in certain areas dissipating, prompting developers to position themselves for an expected uptick in demand.

For much of 2020, the well-documented flight to South East Queensland that occurred over the pandemic largely acted as a catalyst for transactions in apartment developments designed and catered towards owner-occupiers.

In 2021, future supply pipelines, rising rental yields and rental rates and steady interstate migration mean it is simply a matter of time before investors return to Brisbane en masse.

Data from property economics consultancy Urbis’ quarterly Apartments Essentials report showed at the end of September last year there was 20 projects under construction in Brisbane containing 2,382 apartments, a 26 per cent reduction on the previous year.

“We haven’t seen as much of the new stock come on, we just haven’t seen that replacement stock in the market,” Mr Riga said.

“But having said that, demand for new product hasn’t been excessive either.

“It’s been tracking along and has been relatively resilient through the COVID period, but at the same time it is down on historically-high figures from around 2015 to 2017, where we saw a lot of transactions at scale coming through.”

Mr Riga said much of the transactions that had occurred over the past year had been dominated by owner-occupiers, with expats returning from overseas and interstate residents seeking a lifestyle change due to the pandemic.

But while the general buoyancy of the Brisbane housing market had resulted in sellers achieving high price points, Mr Riga said investors were yet to return to the apartments market.

“That’s where the real numbers in sales come from,” he said.

“In the last period that we had when there were high numbers of sales, investor buying was taking up 80 per cent, if not more, of the market.

“We are yet to see that investor market come back.

“There are favourable fundamentals at play when we look at where the market sits as far as levels of stock, rental growth is starting to come through now, which hasn’t been seen for a long time, there is a limited pipeline of projects coming out, although there has been approvals, but they’ve got to be built and that hasn’t happened.”

Mr Riga said the ultimate catalyst for investors to return would be more certainty around Queensland’s economy and potential jobs growth that would trigger another lift in population growth.

“We are looking at things like the tightness of the rental market, the vacancy levels, we are starting to see a low pipeline of future stock, there is a lot of investment in infrastructure and there are very low interest rates,” he said.

“We are seeing a lot of boxes being ticked and there are a lot of positive factors there. What we need to see is a bit more of a kick along of population growth, a bit more certainty around economic and employment conditions, and I think those drivers will get that market moving again.

“For us, in Brisbane and Queensland, we are probably more focused on what the interstate migration pattern looks like, but it is affected by the fact that overseas borders have been shut and the level of overseas migration isn’t spiking in other capital cities.

“It will be a catalyst for that, but I think prior to that happening we will see the need for investors to come back into Brisbane.

“Rental yields are starting to grow into the 5s again, and that was where we were back in 2014-15 when there was really low supply in the market before the boom kicked off.”

An emerging challenge for investors, however, is build-to-rent developments.

Last month, the Queensland state government announced it was expanding the scope of its build-to-rent pilot program, adding two new projects designed to deliver affordable rental properties to the market.

Two build-to-rent developments were approved in 2020, comprising a 333-unit complex in Newstead to be delivered by Mirvac, in addition to a 354-apartment tower in Fortitude Valley which will be developed by Frasers Property Australia.

“What we are seeing coming in to help supply the market is a bit more interest around the build to rent space,” Mr Riga said.

“That will be competition for the mum and dad investor - that product is coming and the build-to-sell market, when it does turn on, it will have to deal with the supply of build-to-rent.

“It is something investors will have to factor in - it’s just a matter of how quickly that product will come to market and at what scale it will come at.

“Whether it is build-to-sell or build-to-rent, investors will have to be wary that there could potentially be supply in certain areas.

“What we always say when we guide our clients who are the developers or the asset holders, is it is all about doing the research first, understanding what the competition is, what is going on around you, what are those key drivers, and that gives an indication as to what you are up against and the level of long-term, sustainable growth your product that you’ve purchased might be able to present.” 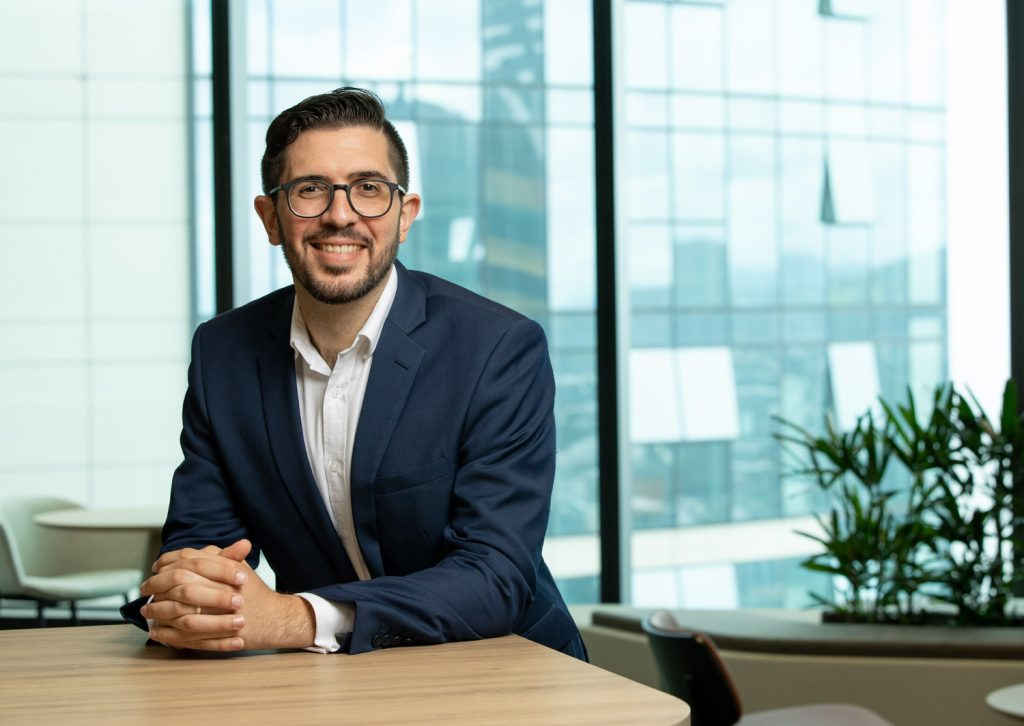 Paul Riga says it's just a matter of time before apartments investors make their presence felt in Brisbane. Photo: Urbis