4 min read
1-4-2021
Michael Martin still holds a positive outlook for property, despite the challenges he has faced.

If the old adage 'you learn more from your mistakes than your successes' is accurate, Michael Martin has certainly developed an enviable wealth of knowledge from his experiences investing in property.

Mr Martin bought his first investment property at the age of 21 in 1997, paying $160,000 for a four-bedroom villa in a suburb close to where he grew up.

Several years later, he got married and bought another property, his principal place of residence, and decided to sell the investment property because it had risen in value to $230,000.

That decision, Mr Martin said, was the first in a series of mistakes that he is determined to ensure others don’t repeat.

“I thought it would have been good to put the profits onto the mortgage for the family home,” Mr Martin told Australian Property Investor Magazine.

“I was aware of the long-term benefits of holding property, but I took those profits, put them on the family home, and then a year or two later I realised that I stuffed up and that’s when I got the property bug again.”

Mr Martin said he went on a buying spree from 2003 to 2005, buying four properties over that time, comprising three duplexes in Townsville and another property in Brisbane.

However, those investments didn’t turn out as planned either, with Mr Martin falling victim to a slick sales pitch based around the benefits of negative gearing.

When the global financial crisis hit in 2008, Mr Martin said he was paying interest rates in excess of 8 per cent.

But the real pressure came after he lost his job and was forced to take up a new position on 30 per cent less salary than his previous role.

“We had three pre-school/primary aged kids, my wife wasn't working full-time and we had all this debt,” he said.

“The previous year, the three Townsville properties had not had full time tenants as well so that was providing further stress.

“So, the decision was made to sell the Brisbane property even though it was fully tenanted, because that had gone up about $100,000 in value.

“It was a stupid mistake to sell the property that was making money to fund the problematic ones.”

Mr Martin said he held the Townsville properties for the following decade, before making the decision to finally cut his losses around six years ago.

“I spent around $650,000 on the three properties in Townsville, but ended up selling those duplexes in 2015 for pretty much the same price that I bought them at,” Mr Martin said.

“If I did proper research instead of listening to the sales pitch, 12 years later when I got rid of them for the exact same price, I could have gotten an extra $600,000 in my pocket if I’d bought in the right location or even in most other places in Australia.”

“When I originally bought 15 years ago, I didn’t look at how rents move up, how yields change or days on market, or future supply.

“That’s where I got caught out in Townsville, because there was a glut of new supply that came on the market which didn’t allow the surrounding market to move up.”

Instead of being deterred by that experience and investing in another asset class, Mr Martin said he is now turning his passion for property into his full time job, through the establishment of buyer’s agency Investment Window.

“Even with all the mistakes that I’ve made, if I bought in the right place it would have changed my life, essentially, and changed the financial situation that I’m in,” he said.

“I am hoping that my mistakes can help to guide others in the right direction - they can learn and see the real cost of selling too early and the other mistakes I have made.”

Mr Martin said one of the biggest learnings from his experience was not to be tempted by the possibilities of making a short-term profit.

“If you don’t have to sell, resist the urge to take the profit,” he said.

“So taking that short-term profit can be a mistake.”

Another learning Mr Martin said he was applying to his buyer’s agency business was to not buy off the plan, and instead look for the certainty of the established market.

“Don’t buy in a new development where there are a lot of new houses coming to market, buy where the vacancy rates are good, and if you don’t need to sell, don’t,” he said.

“The other mistake I made was I didn’t diversify my portfolio.

“I bought three duplexes in the one area in Townsville, which was stupid and I got hit pretty bad when the market dropped up there during the GFC.’

And as well as setting up others on a path to investment success, Mr Martin said a big focus of his in 2021 would be to rebuild his own portfolio.

“I’m starting from scratch again - I’ve just got the family home at the moment and I’m hitting the ground running this year,” he said.

“There are so many success stories around, but it’s good to hear the flipside which is a lot more common than many may think.

“A lot of people only buy one or two investment properties and they might stop because they’ve stuffed up.” 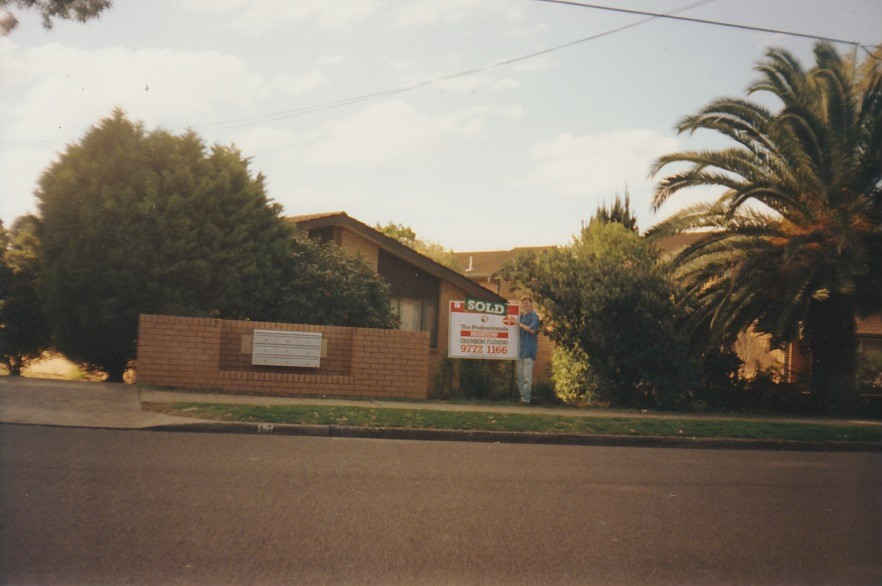 Micheal Martin believed he was on the path to wealth creation when he made his first property investment in 1997.