After two years of eye-watering gains, signs are intensifying that Sydney property prices are softening and the top end of town is leading the decline.

After two years of eye-watering gains, signs are intensifying that Sydney property prices are softening and the top end of town is leading the decline.

Sydney house prices have raised the roof for the previous 12 to 20 months, with some prestige homes increasing in value almost overnight by more than $5 million dollars.

CoreLogic Head of Research Eliza Owen said the change in dynamics among different value tiers is evident across Sydney.

In the three months to February, the top quartile of values increased half a percent, while the middle and lower tiers of the market led growth at 1.0 per cent.

“This is a pattern we’ve seen in the past, where higher dwelling prices across the Sydney market tend to show more volatility, with more rapid upswings that reach a higher peak, but also greater downswings.

“The slowdown in the higher end of the Sydney dwelling market is just another sign that the market is shifting further into a downswing.

“The higher end of the dwelling market as a whole may be the first to see a quarterly decline in values in the months ahead,” Ms Owen said.

“Compared to the week prior (1,202), Sydney’s auction activity fell 16.9 per cent but is up 26.6 per cent compared to the number of auctions recorded this time last year (789),” the preview published this week noted.

Sydney’s clearance rate continued to fall for the third consecutive week, from 72.6 per cent the week prior to 69.2 per cent last week. This time last year 82.9 per cent of auctions held were successful.

Strength at lower end of market

Real Estate Institute NSW (REINSW) CEO Tim McKibbin said the lower value segment driving growth is unsurprising given the impact of the pandemic and working from home on key regional markets, including in New South Wales.

“However, in Sydney, though peak price growth has passed, the most likely scenario in the near-term is that prices will continue to hold relatively firm and offer value for both buyers and vendors.

“Demand remains very healthy despite an increase in the number of properties available and the seasonal supply increase is not significant enough to address the ingrained shortage of homes compared to pent-up demand, which should continue to underpin prices.

“As for the top end, historically we’ve seen that Sydney’s prestige markets are always in demand,” Mr McKibbin said.

“What we’re finding is the more unique or sought-after the property, the stronger the market is.

“It’s a combination of things - money remains comparatively cheap and the other thing is that the higher you go (in affluent Sydney), even with buyers who are more highly exposed to stock market instability, with everything going haywire on that front, it reinforces the cliché ‘safe as houses’.

“COVID has impressed upon people the importance of not just the house they live in but also the five-kilometre radius rule, and we believe being on the Northern Beaches, that geographically there’s not a more beautiful part of Australia. 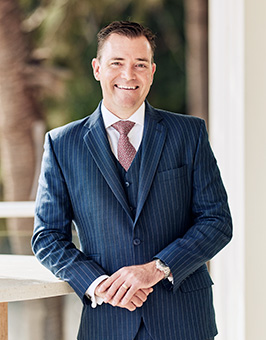 Mr Clarke has witnessed similar consistencies in the prestige apartment market too.

“We’ve sold half a dozen apartments over the last couple of months, which only 18 months ago were selling for $3 or $4 million dollars and we’re selling them for $8.6, $9.1 and $9.3 million dollars.

“Part of the reason that the top end is going so well for us is also because the people at the super top end are less concerned about interest rates than they are about what the world is going to bring tomorrow, so they’re saying, ‘we want our dream property, now.’”

Not everyone has a financial buffer to protect from a hike in interest rate bites, but Shore Financial CEO Theo Chambers feels even a half a percent rise keep rates overall at a manageable level.

“We are in a pivotal point in economic history because of the change in interest rate trends,” Mr Chambers said.

“Yes, that will put pressure on house prices, however in the next 12 to 24 months, we might see half a percent increase in rates and while that’s a significant increase on interest repayments, if you look at it as a percentage of your overall repayment it’s still relatively low rates.

“Even if they go up 1 per cent, the average variable rate is 3.5 per cent, so it’s still a very low rate compared to where rates have been in the last 20 years.

“I think it’s going to be a while before we see any sort of hurt or desperate vendors trying to sell properties, because mortgage arrears are at some of the lowest rates ever and defaults on mortgages are very low.”

He also suggests any reaction to an upward interest rate trend would be delayed. 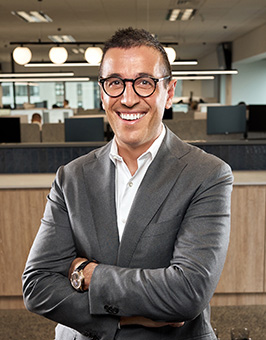 “Let’s say over the next year or two we see those great increases, we probably won’t see the effects of that, truly, until the year after.

“Once people start feeling or paying the higher repayments for a year or so, and realise they don’t have as much disposable income, then they’ll probably be less confident about their next purchase, and less bullish on what they can afford to borrow to buy.

“Right now, people are quite bullish and aggressive when it comes to borrowing money and buying property and I think that confidence will ease as affordability becomes a bit of an issue,” he said.

Tim McKibbin said most people are now expecting an interest rate rise at some point this year but unless there’s a drastic shift in conditions, such as an unexpectedly sharp rate rise or significant macro-prudential intervention, the Sydney market across all segments will continuing to perform at a steady rate.

“I do think this is the new normal… I think there’ll be affordability pressure but we won’t see a massive discount or fire sale on property prices.

“Based on just interest rate rises in the next few years, I don’t see the market falling apart.”