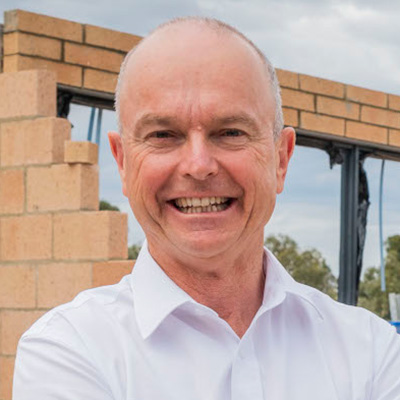 Dale Alcock is a third generation builder, who commenced his career as an apprentice bricklayer in 1979, in the small Wheatbelt town of Kellerberrin. In 1987, he moved to Perth and became a registered builder. Soon after that, he joined partners, Garry Brown-Neaves and John Webb, to launch Dale Alcock Homes. Expanding from this foundation, Mr Alcock went on to establish what would become one of Australia’s leading construction, property and finance companies: the ABN Group.